Much of WBR’s initial success came from the expertise and reputation handed down to them by their fathers, Ed Williamson and Mahlon Smoker, who have each served this area for over 30 years. Ed and Mahlon not only became experienced in serving the Finger Lakes area but also reached mastery in their professions. Their principles of honesty and excellence have been passed down to the next generation of builders.

Williamson Building and Remodeling, LLC was officially founded in August of 2016 by Josh Williamson, Abel Catlin, and Ezekiel Smoker, Brothers-in-law who have all lived most of their lives in the Penn Yan area. With a combined 22 years of experience, they began working on all projects related to home building: framing, electrical, siding, windows, drywall, plumbing, finish work, and more. Over those first years, their business grew in leaps and bounds – quickly gaining popularity with

many people around Keuka Lake. After working together for some time, Josh, Abel, and Ezekiel developed a dream to expand and build a company that would embrace the future. Their focus was on supporting the community, developing character, and becoming incredibly efficient along the way.

They established a shop just outside of Penn Yan and began hiring many new team members. The company became a place where hardworking people with a figure-it-out mentality could expand their knowledge of the construction trade, build good relationships with their community, and have plenty of time for fun along the way.

If you’re looking for a company with a refreshing way of doing business that still holds to proven values, get in touch with us!

Work Can Be Fun

Give to the People Around Us

Our purpose at WBR is to develop our team into difference-makers who are driven to efficiently deliver an outstanding service. We’re problem-solving pioneers who care deeply about the people around us, and together we’ve cultivated a motivating environment that is always fun and lively. 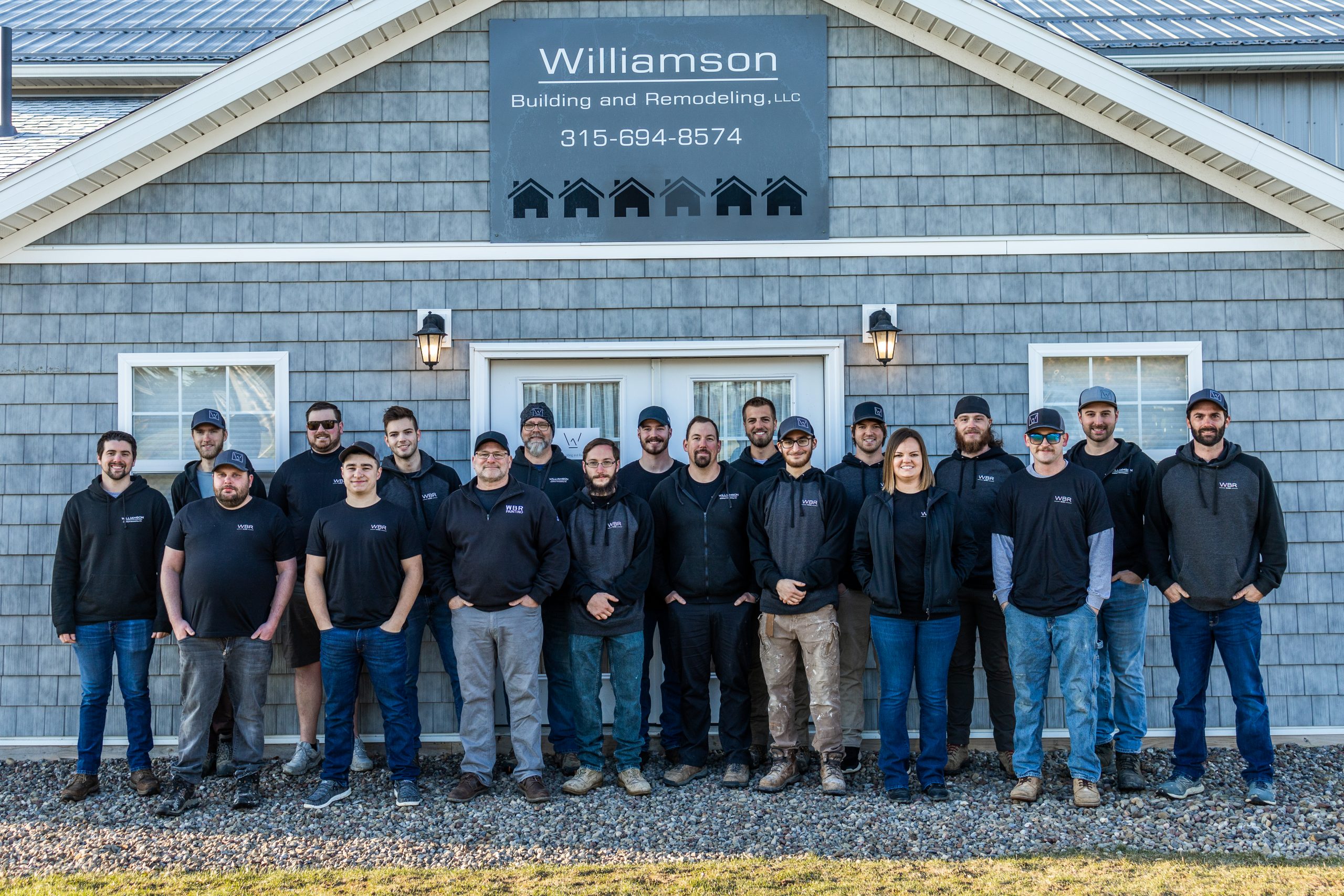 We've been working together since 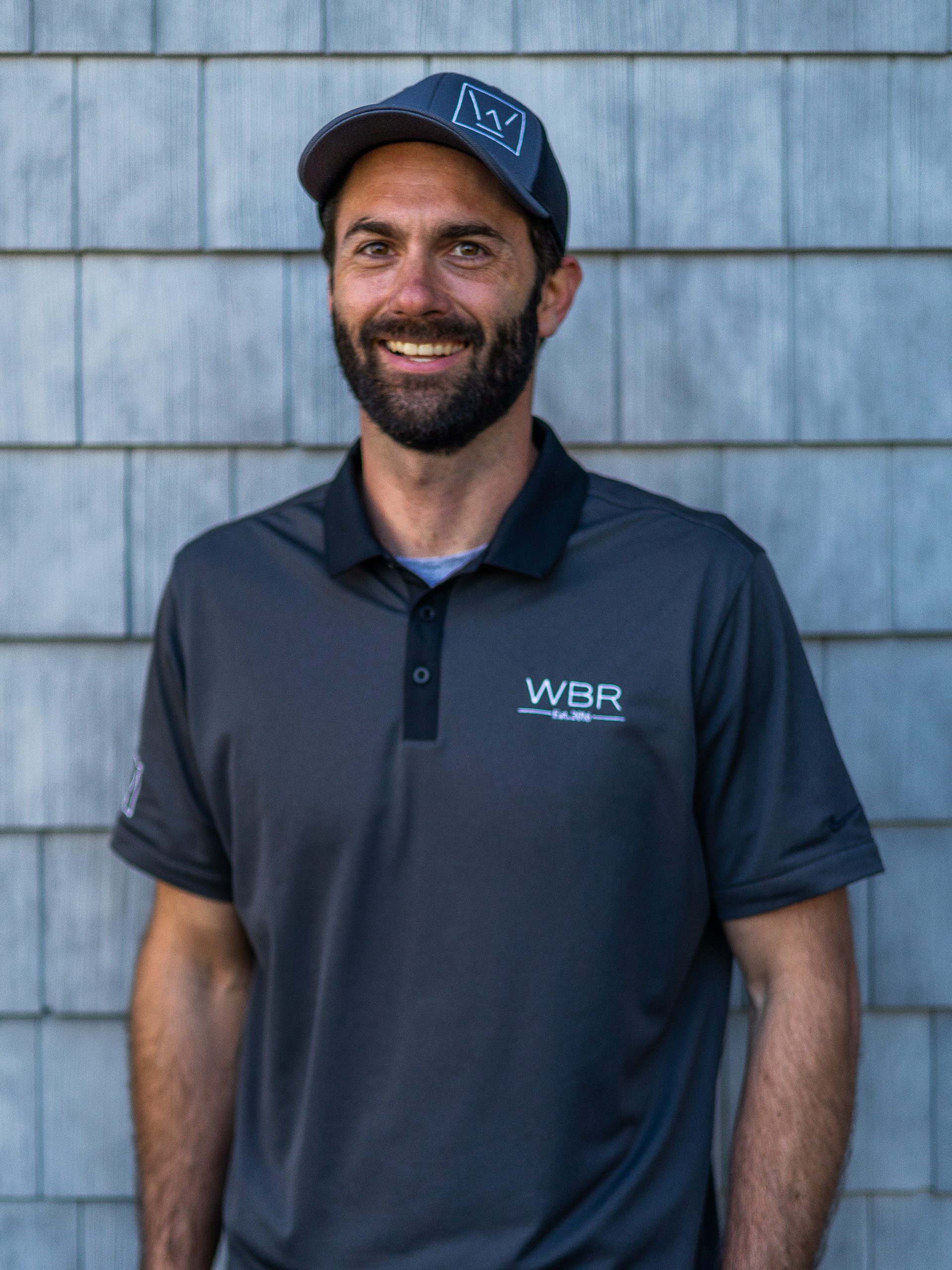 Josh was born and raised in the Finger Lakes region. He has been working in construction since graduating high school and has many years of experience in the trade. When Josh is not out on the job, he often works on projects around his own home- always improving the different rooms. He enjoys spending his evenings with his wife Laura and their 6 active children. Outside of construction Josh enjoys creating music on a variety of instruments and investing in the lives of everyone around him. 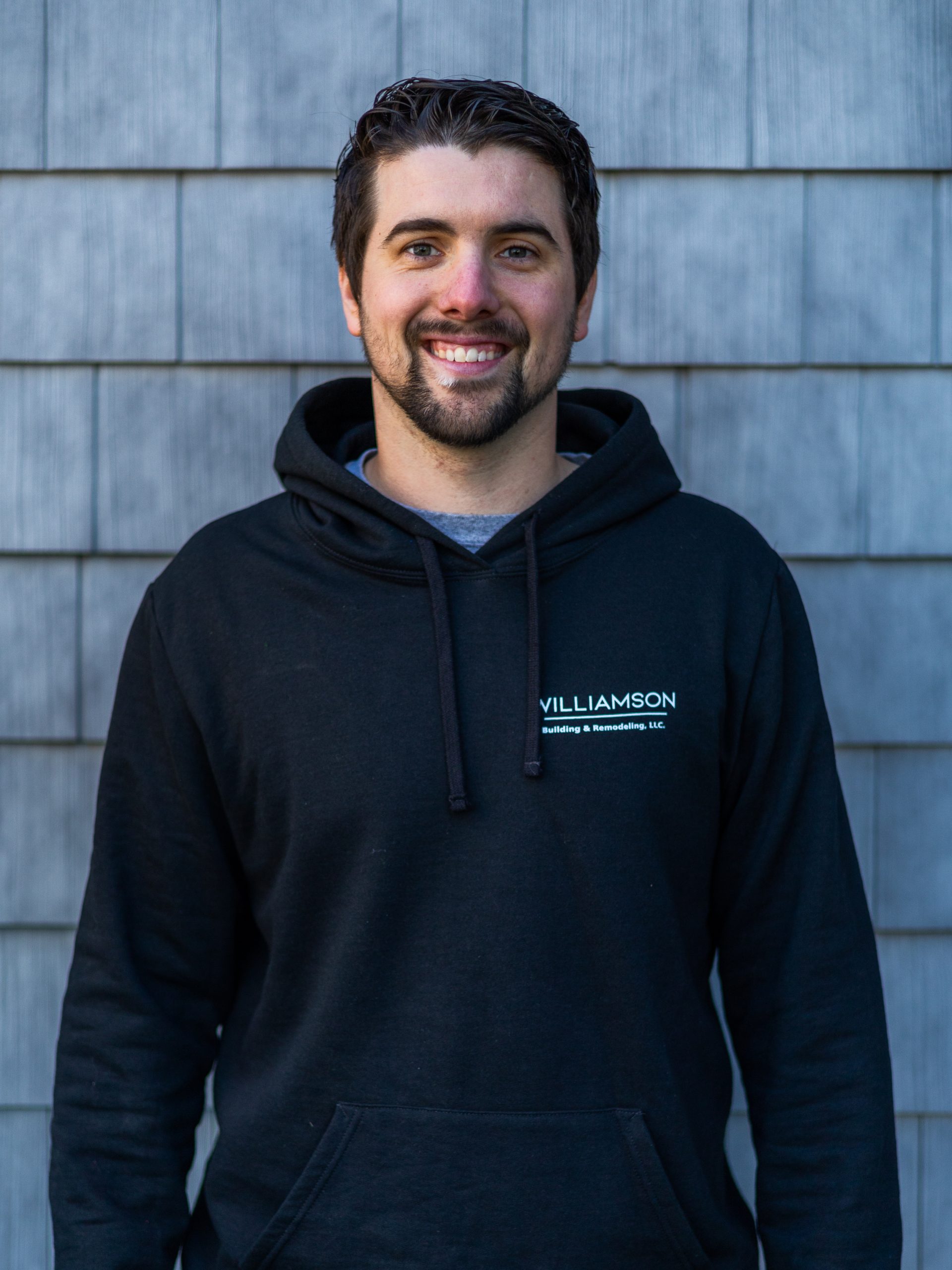 Ezekiel oversees the company’s sales and spends most of his hours working in the office, but you’ll also see him helping out on a job when he has the chance. He has been working in the construction trade since graduating high school and enjoys sharing his knowledge through experience. Apart from the business, Ezekiel and his wife Deniece find time to care for their horses as well as connect with friends and the people in their church. His heart is to see people transformed and he does that both through work and his lifestyle. 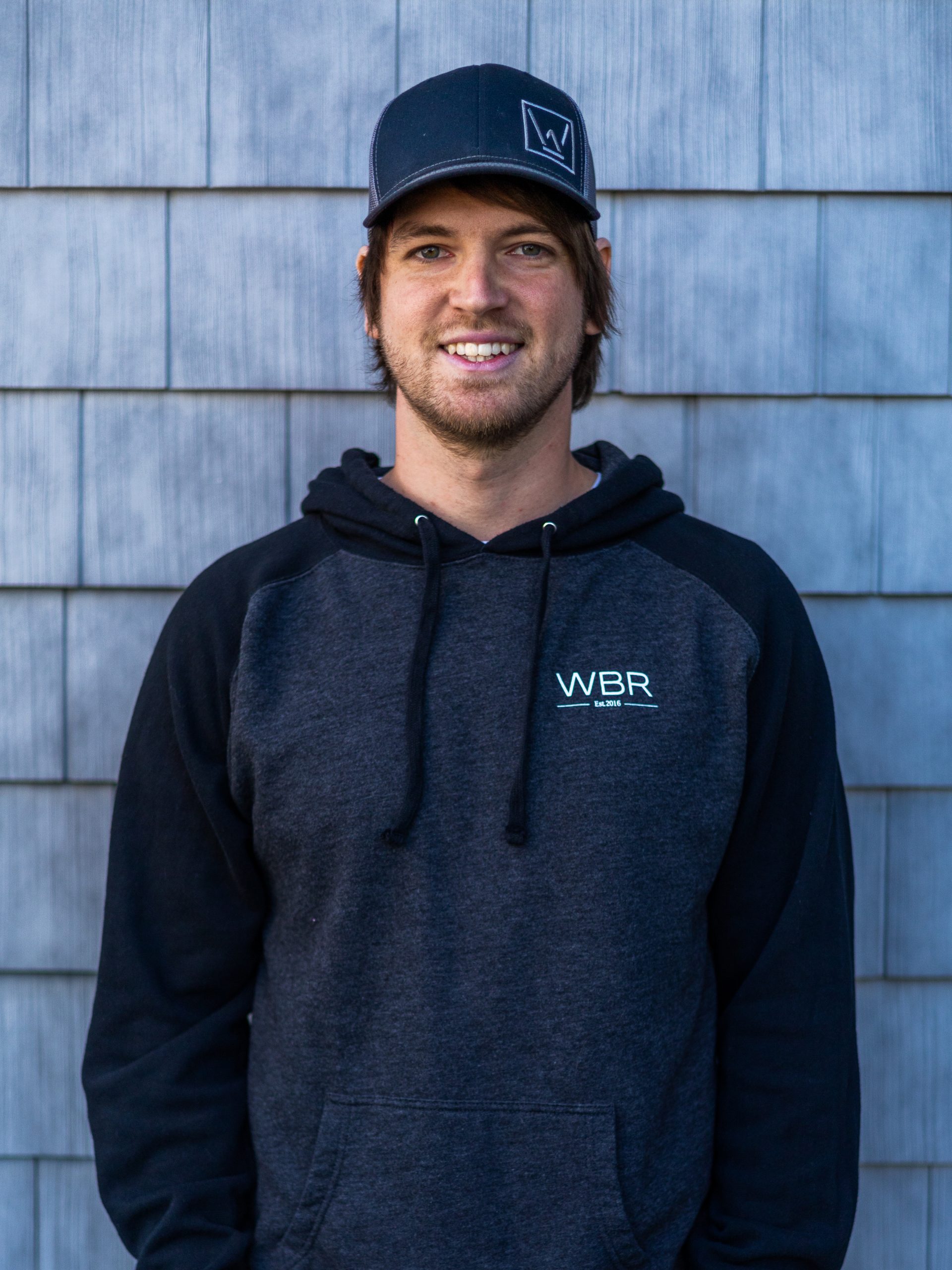 Abel has worked in the construction industry since he was 15, working through the summer with a local contractor. He and his wife Christie have two daughters and a son. Abel oversees our accounting department, as well as project management for the construction side of the company. He has a passion for innovation and improving processes with everything he does. If Abel is not in the office crunching numbers, or on the job leading one of our crews, he can often be found helping a friend or spending time with his family. Living honestly and abundantly is what he works towards and encourages others to do the same. 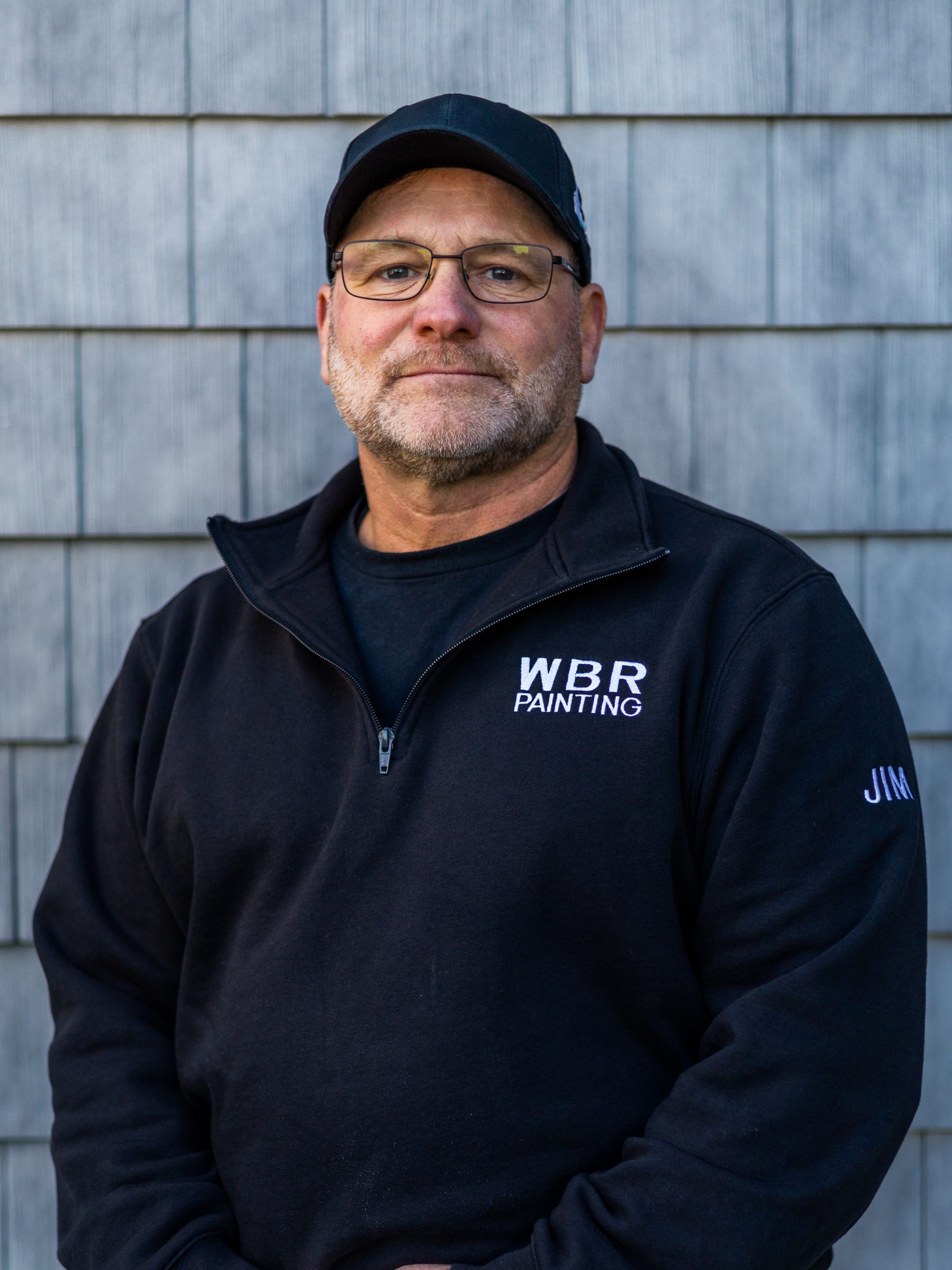 Jim has been with our company since 2019. He has brought years of experience in painting and manages sales for the newer division of our company, WBR Painting. Jim is a true visionary and naturally finds ways to improve processes in every situation. His attention to detail makes him a perfect fit for all of our finishing projects. Outside of work Jim enjoys spending time with his wife Cindy and traveling to visit one of his six children or eleven grandchildren. He also enjoys a relaxing evening at home, reading any good book on leadership. Jim brings so much to our team and makes anyone he is with feel valued and encouraged. 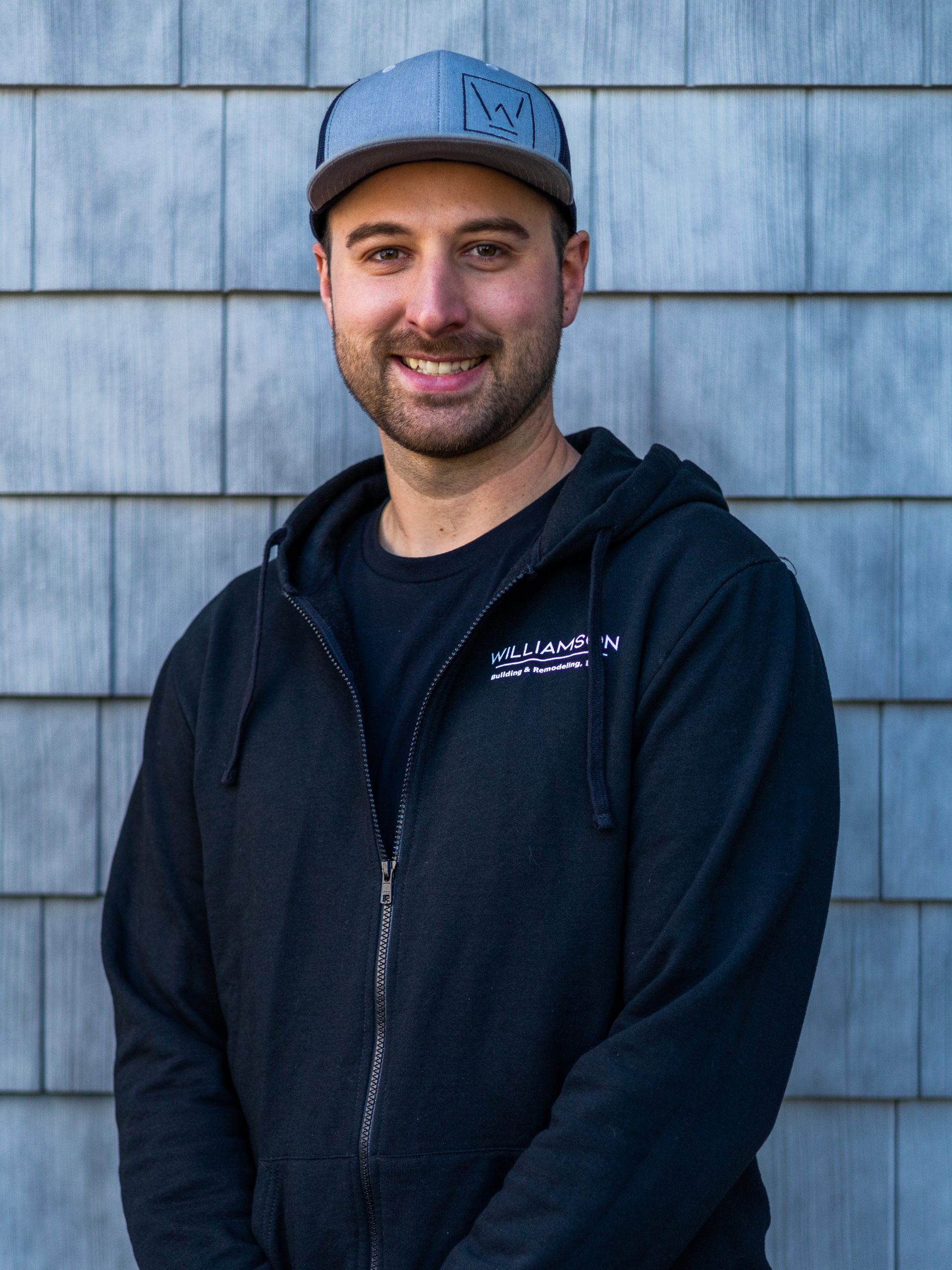 Aaron has been with our company since the spring of 2021. He brought with him several years of quoting/sales experience which is only one of the many qualities we greatly appreciate about him. When he’s not meeting with customers or generating a quote you can find him helping out on the job site. When not at work, Aaron and his wife Leah spend their time improving their house and garage and helping out their families where needed. 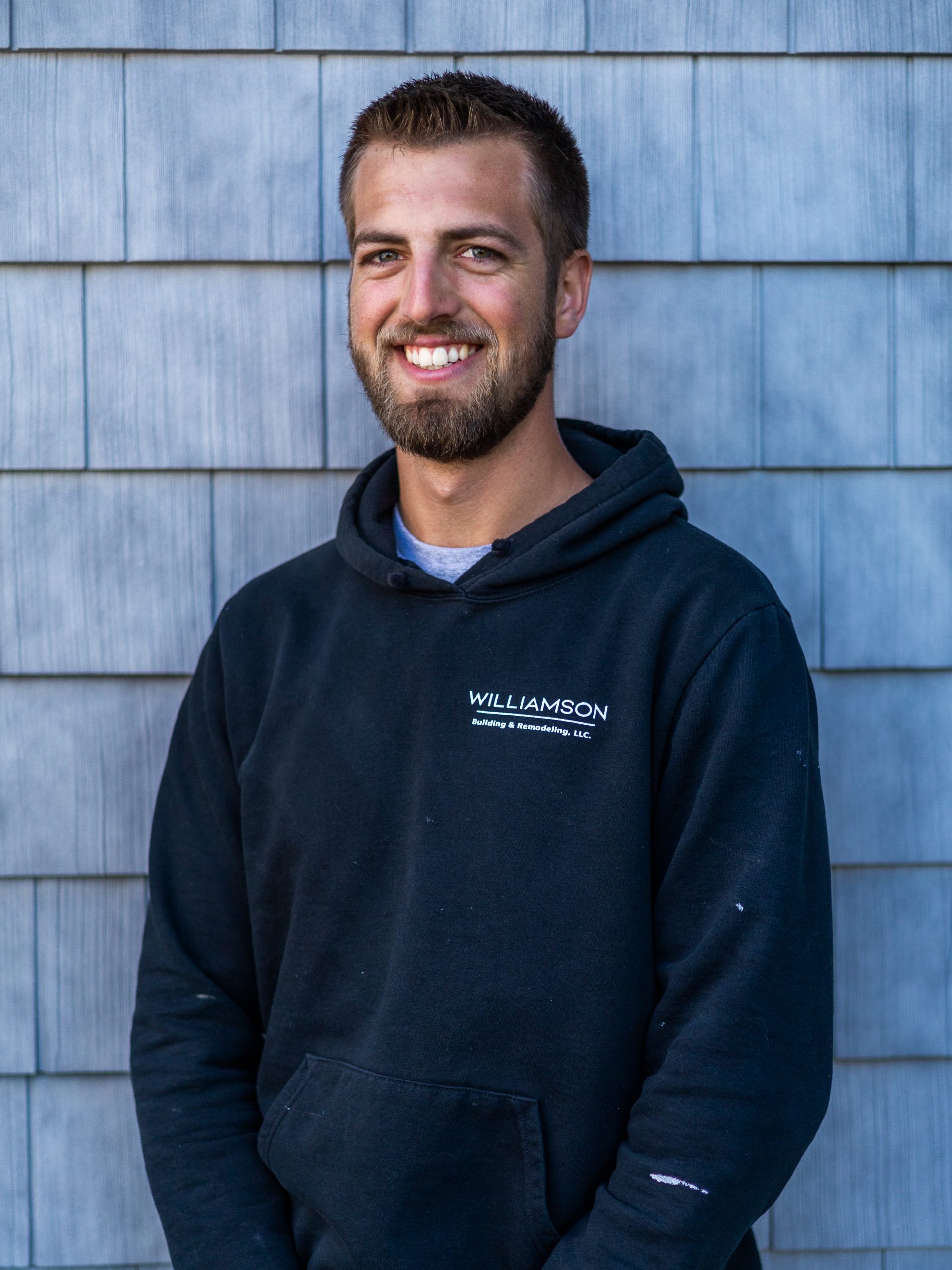 Luke has been with the company for a number of years. He is a foreman for one of our crews and truly is a leader at his core. Whether he is remodeling a bathroom or overseeing the construction of an addition, Luke makes sure that everything is done correctly and looking the best it can before leaving the site. Luke works towards excellence in everything that he does and creates an atmosphere of adventure and fun wherever he goes. Outside of work Luke enjoys woodworking, spending time with his wife Kerry, hosting family and friends in their new home, and playing with their puppy Ellie. 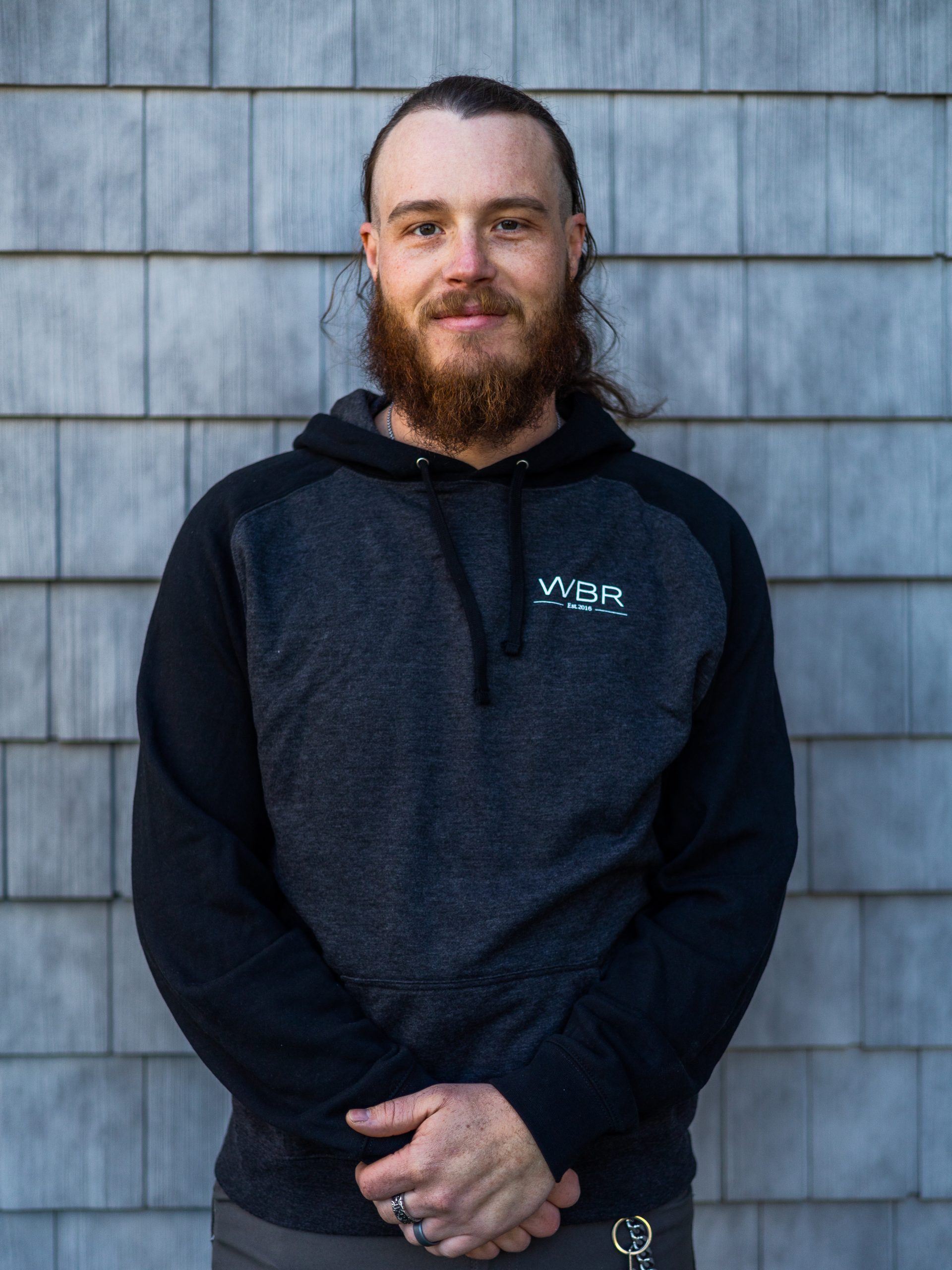 Raymond (Ray) has been with our company since the summer of 2021. He previously co-ran his own construction company which gave him many years of both construction and leadership expertise. Outside of work, Ray loves to ride the open road on his motorcycle and spend quality time with his wife Ashley and their 3 children spreading the love of God. 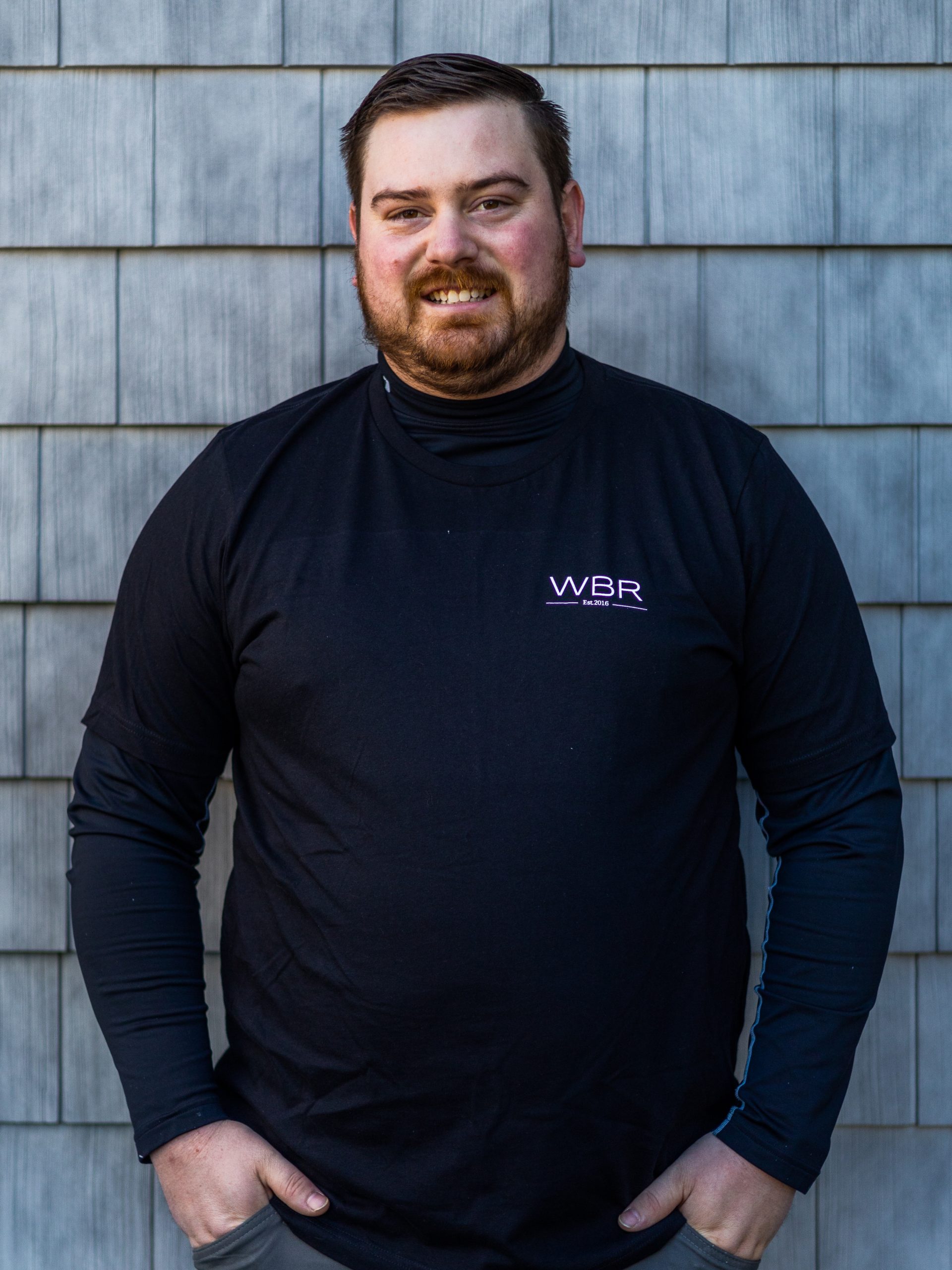 Alex has been with our company since 2019 and has over 11 years of painting experience.  On the job Alex works quickly and brings so much energy to the room, inspiring everyone to do their best. He works with speed and detail, the perfect qualities for a painter. Outside of work Alex enjoys being a father to his new baby daughter, taking long walks with his dog,  playing a competitive game of tennis, and enjoying a good game of golf. 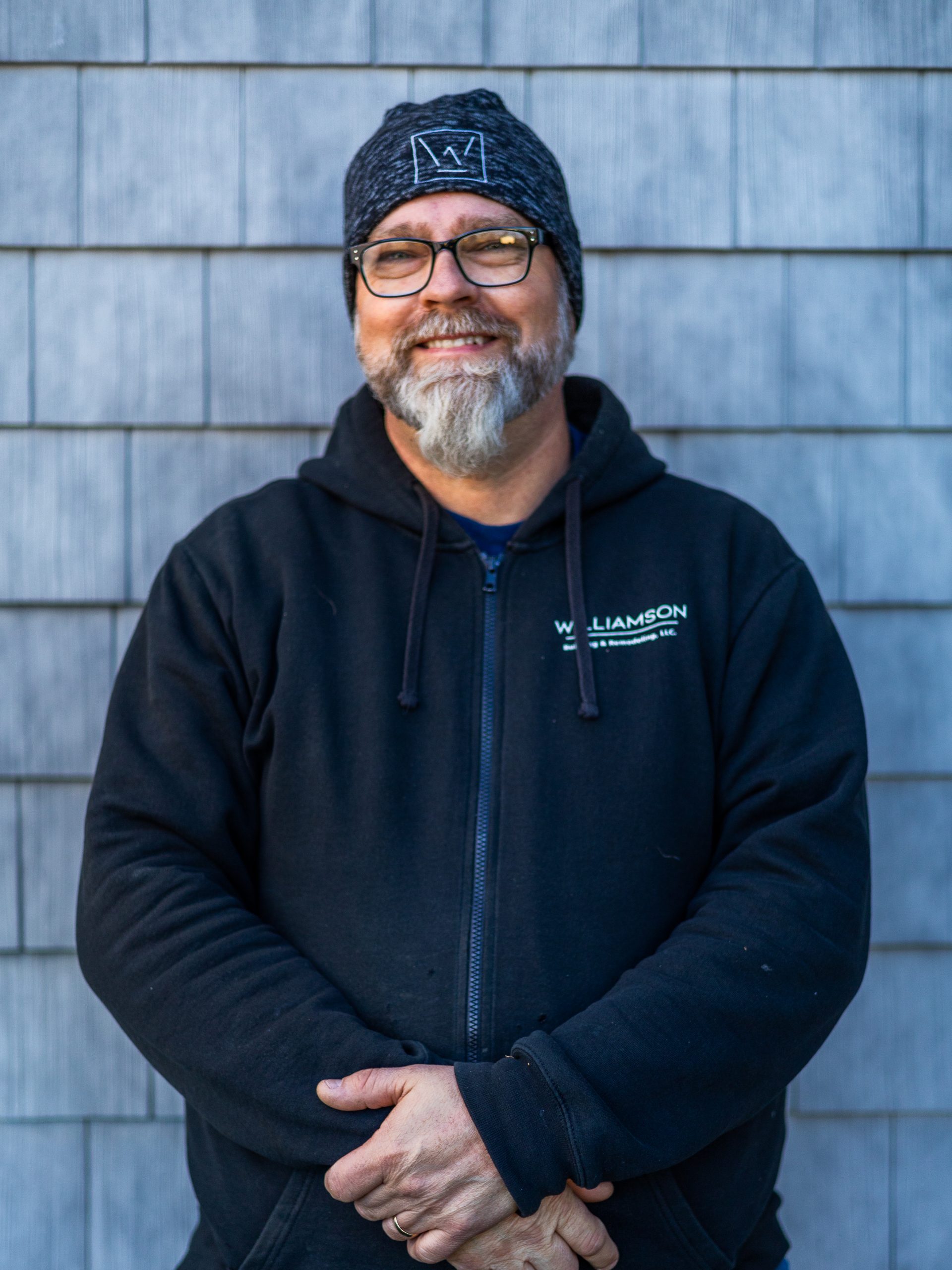 Jon joined our team in 2019. His experience in electrical work and general construction makes him the perfect fit. Jon can be found on the job site giving his all, working hard on the project at hand. Jon is passionate about living life with good character and encourages others to do the same. Outside of work Jon can be found playing and creating music, making connections in the community, and spending quality time with his wife Joann and his three adult sons. 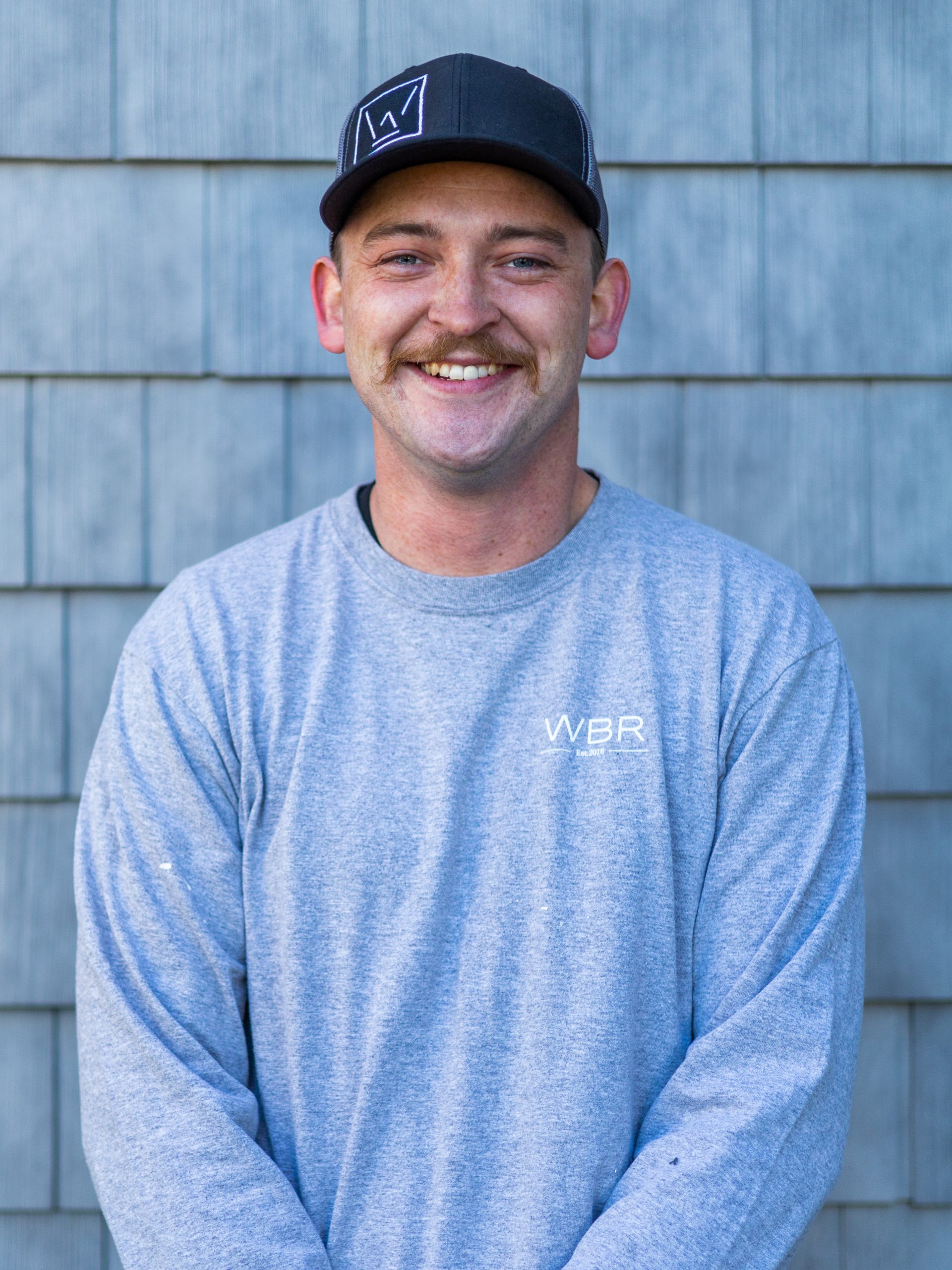 Kyle has been with us since early 2020. He always has a positive attitude and is committed to doing high-quality work. On the job, Kyle loves to do interior finish work like trim, flooring, and tile. He can often be found taking pictures of our work for use on our social media pages and website. Outside of work Kyle enjoys downhill skiing, boating, and hanging out with friends. 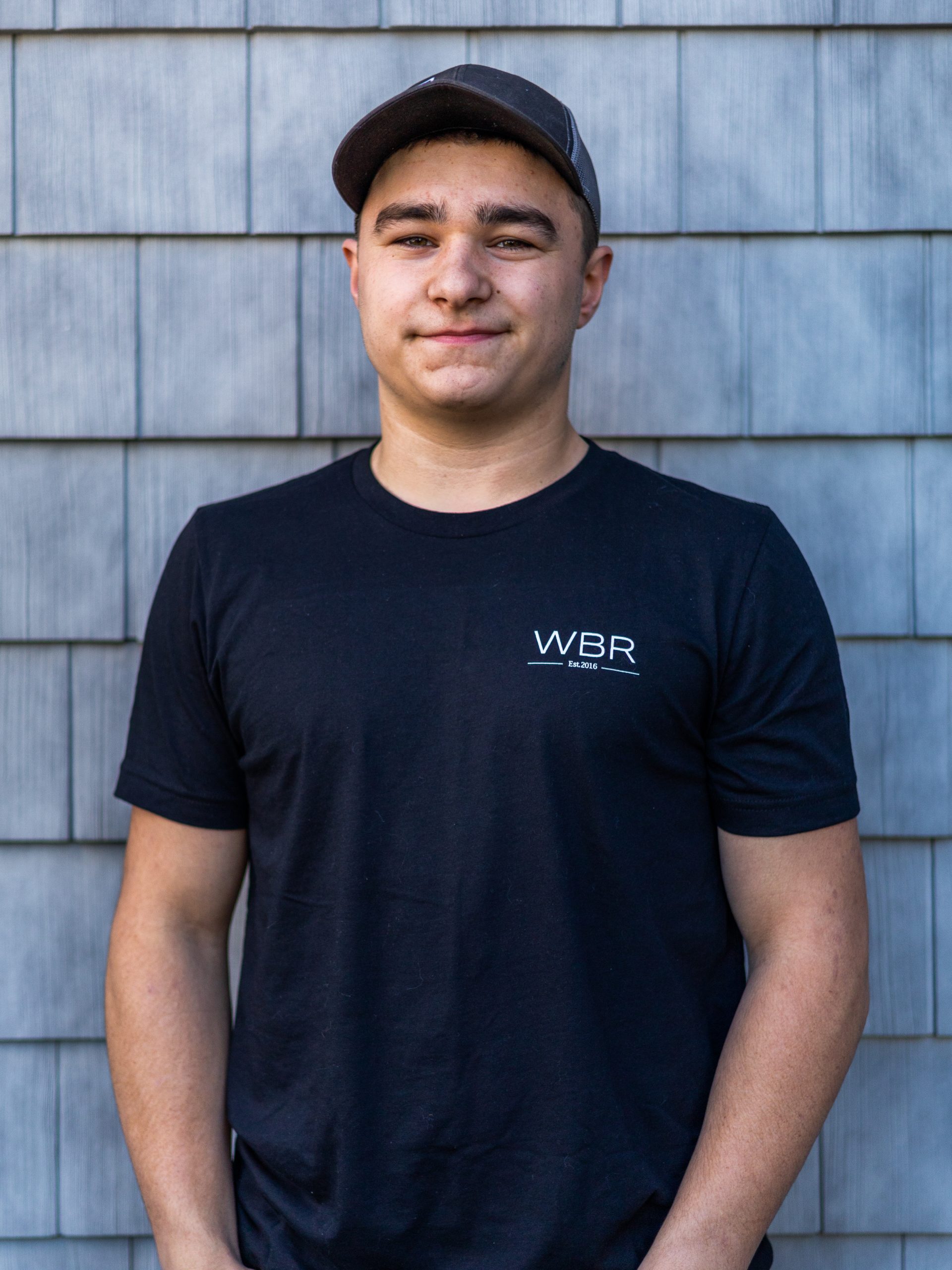 Nick joined our team in 2020, and we are so glad he did! Nick brings plenty of energy to the crew while still maintaining his focus on the work at hand. He has become quite a skilled painter, taking on more and more responsibility. Outside of work Nick enjoys hunting and spending time with his girlfriend. On evenings and weekends, Nick will most likely be in the shop working on improvements to his truck or helping out at church. He is a person full of life and character, and we definitely appreciate him. 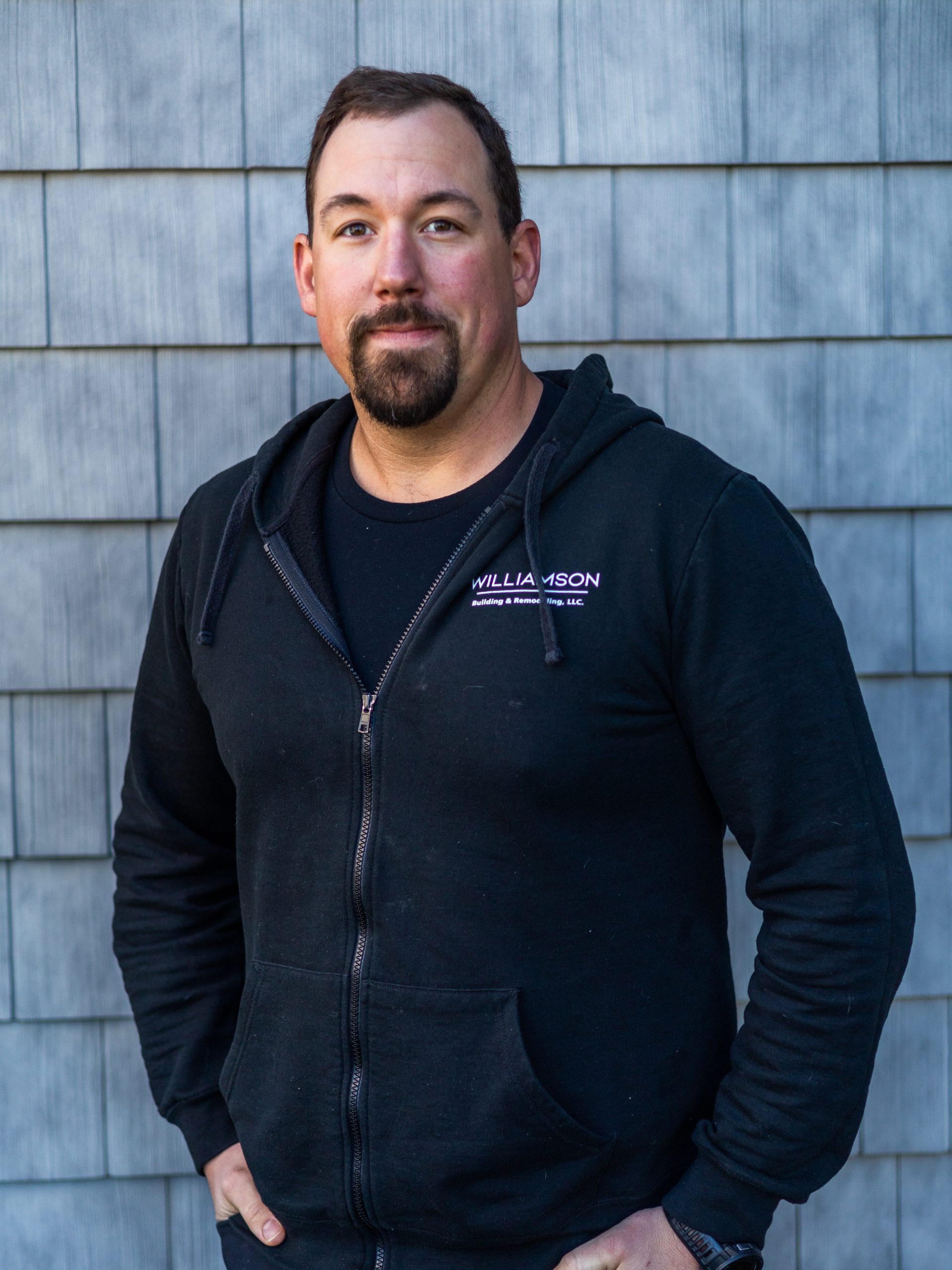 Nick has been with the company since 2019. He is skilled in all things construction and brings an atmosphere of fun to the job site. On every job, Nick does his best and will often be the first to offer a helping hand if it is needed. Nick is not only good at construction but carries talent in many other areas including cooking, sports, and musical talent. Outside of work Nick can be found working out or enjoying a good book. One of Nick’s goals is to remodel a home of his own, and he is currently in the process of doing just that. 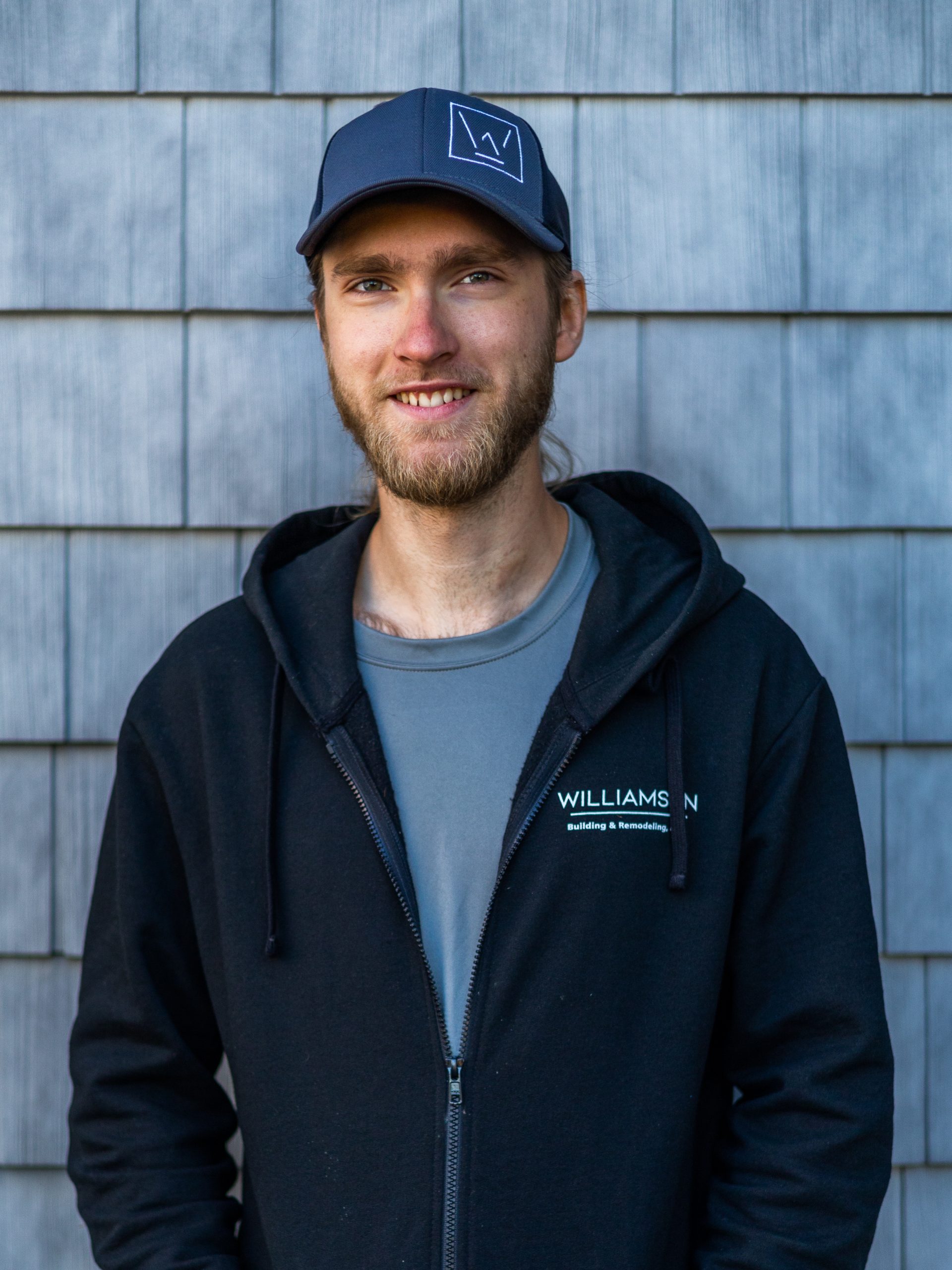 Elijah joined our team in the spring of 2020 and has added so much to our construction crew. Elijah has a history in building and is dedicated to making sure every job is done correctly and completed with perfection. He truly is a team player and uses his skills with the goal to help the people around him in any way he can. Outside of work he can be found spending time with friends, eating some of the best local pizza, or most often, playing his guitar. Elijah plays in a local alternative rock band “The Season” and enjoys finding the perfect sound when writing a new song. 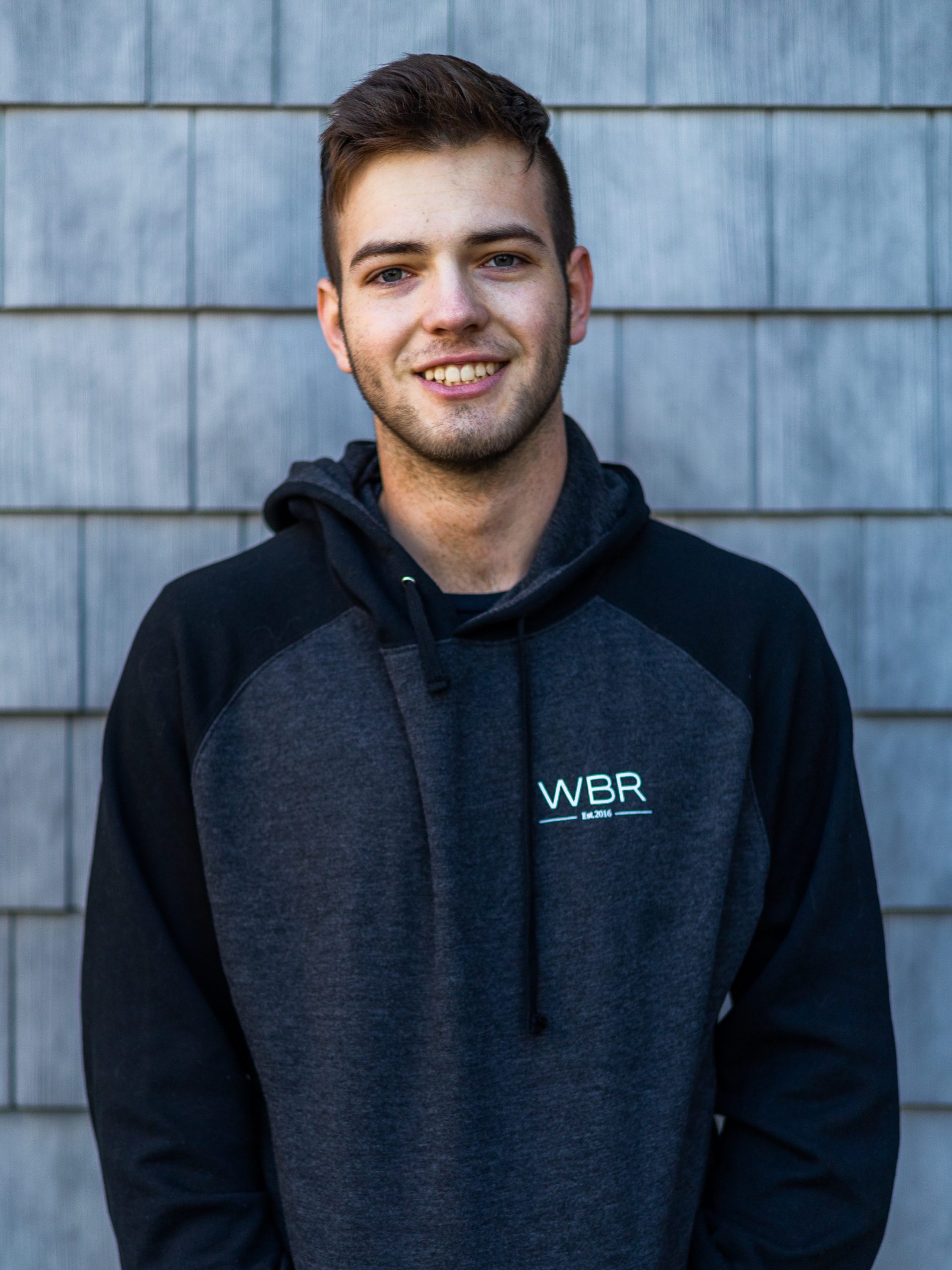 Isaac started working his summer vacations at WBR back in 2019. He now works here full time and we couldn’t be more thrilled. On the job, he has an eye for detail and likes to make sure tasks are completed correctly and efficiently. When not on the job, Isaac likes to play volleyball, challenge his friends and coworkers in COD Mobile, and hang out with his girlfriend. 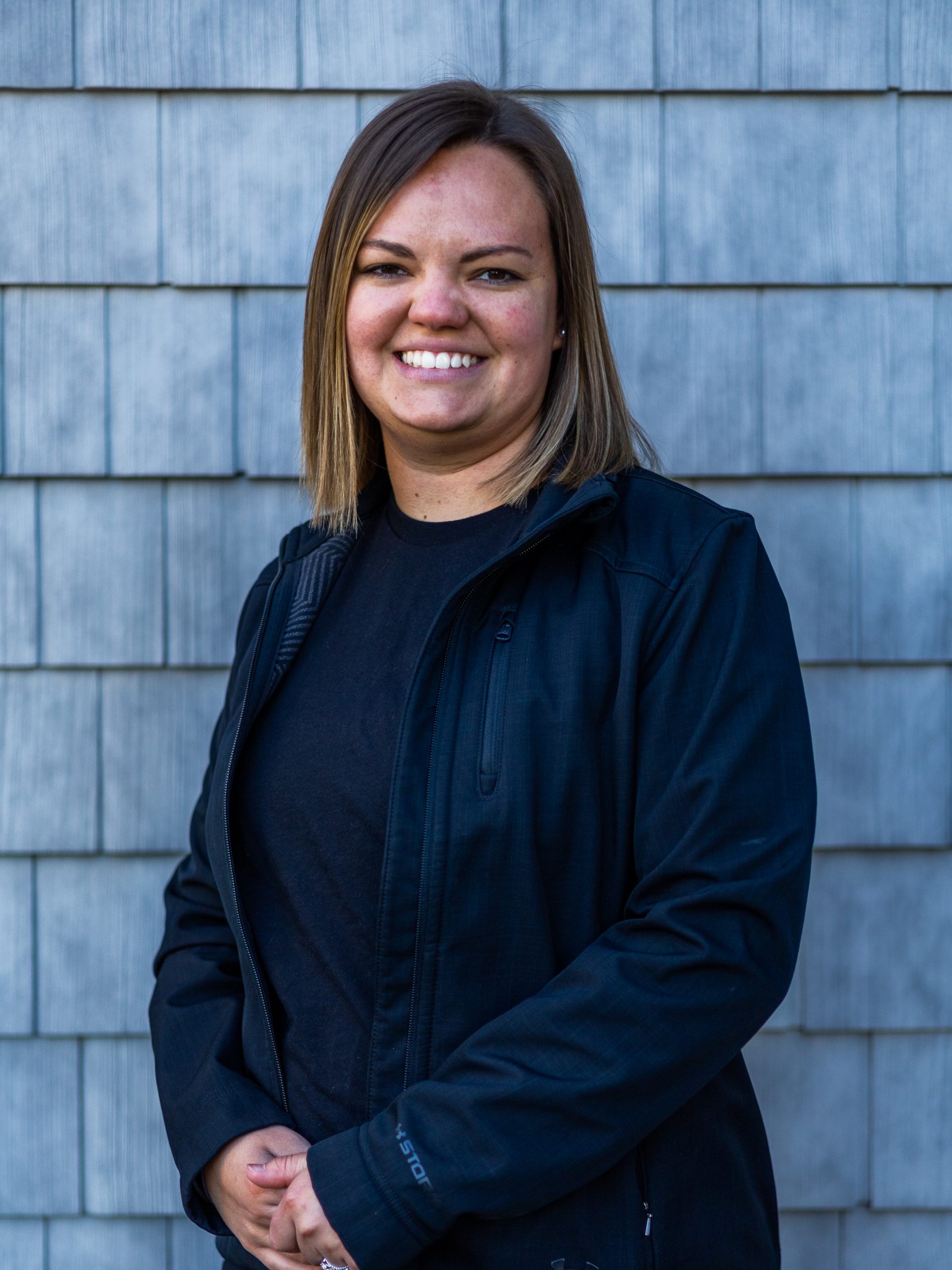 Martha has been working with us since 2020, and we couldn’t be happier with everything she brings to the team! Martha can be found in the WBR office and is always finding ways to make sure that processes are done right. She has an eye for detail and has brought a lot of order to the “behind the scenes” part of WBR. Outside of work Martha enjoys cooking, traveling, and the occasional trip to a local winery 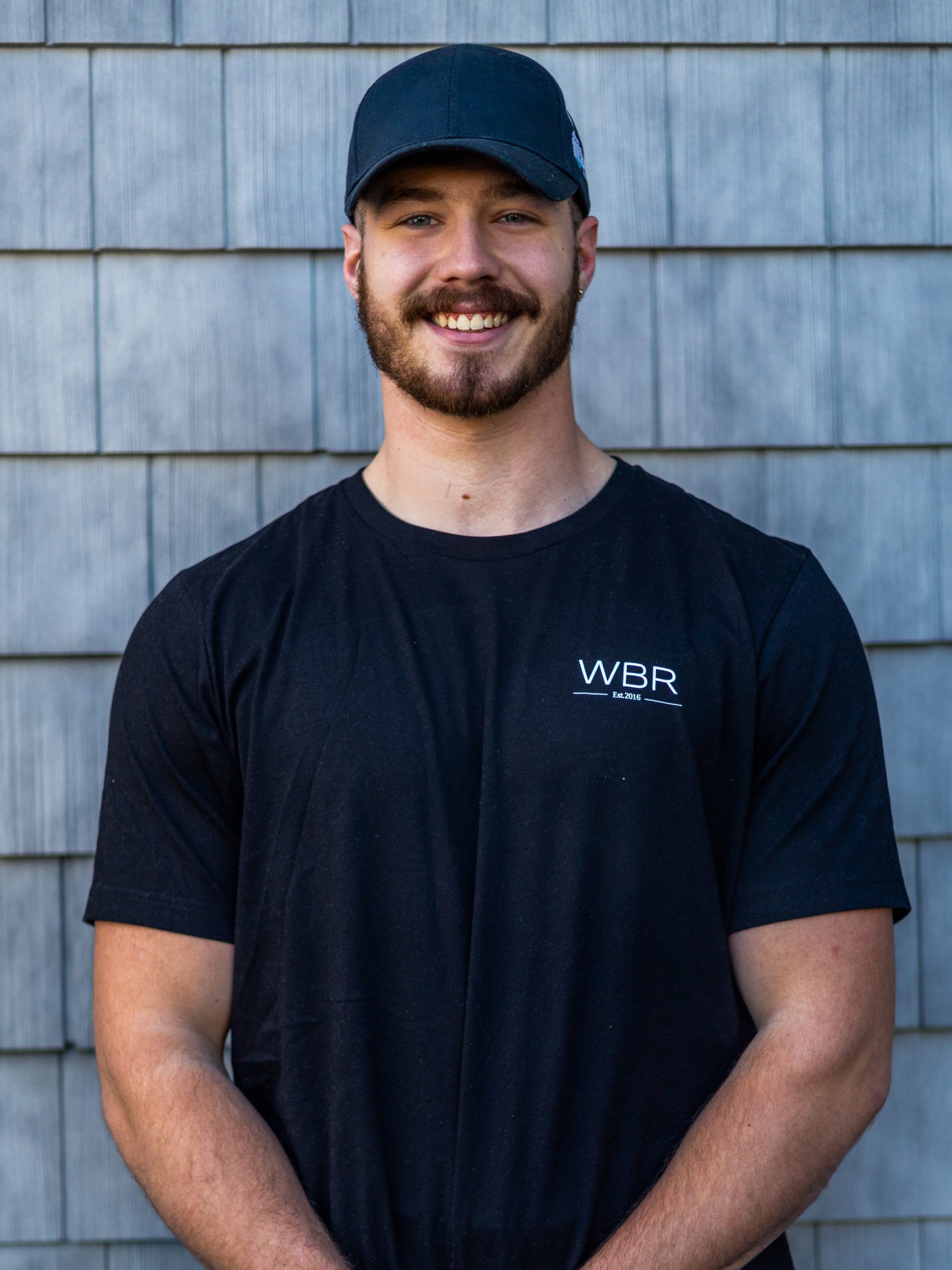 After graduating high school, Izzy enrolled in Alfred University where he began working towards his bachelor’s in fine arts. He also played on Alfred’s football team for some time. Izzy is now on our paint team where he uses his artistic abilities and his eye for detail daily. He is always thinking ahead to the next phase of each project and works hard to keep every job moving along. When he’s not working, Izzy enjoys playing the violin, sketching his next tattoo, or spending time with his dog. 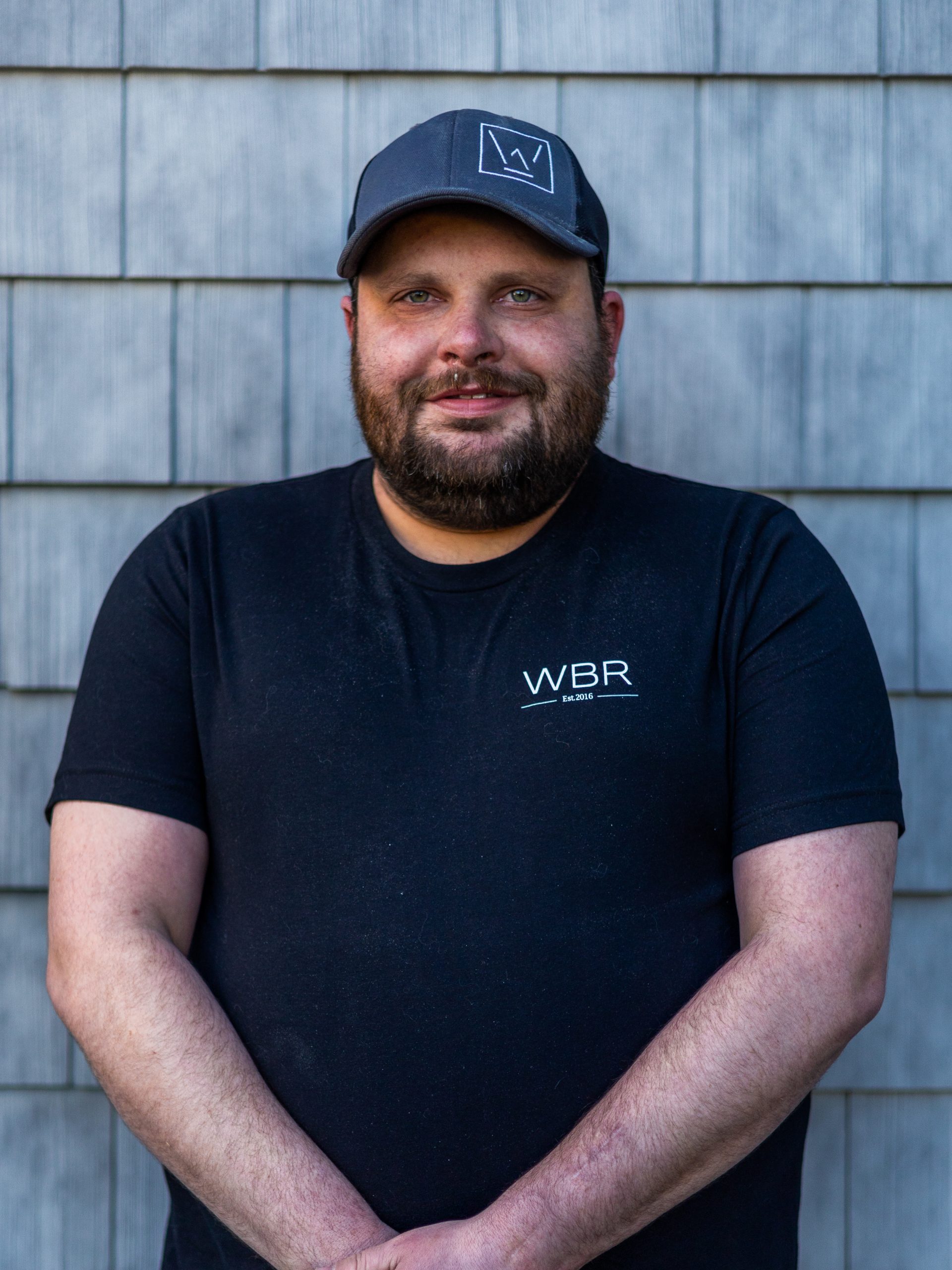 Kirt recently joined WBR’s paint division and has been a great addition to the team. He lives in Penn Yan and enjoys the quick drive (or occasional bike ride) to work in the morning. He likes to have fun while he works and has a great desire to learn. Outside of work, Kirt makes time to go to car shows, take his boat out for quick fishing excursions, and go on long walks with his dog Finn. 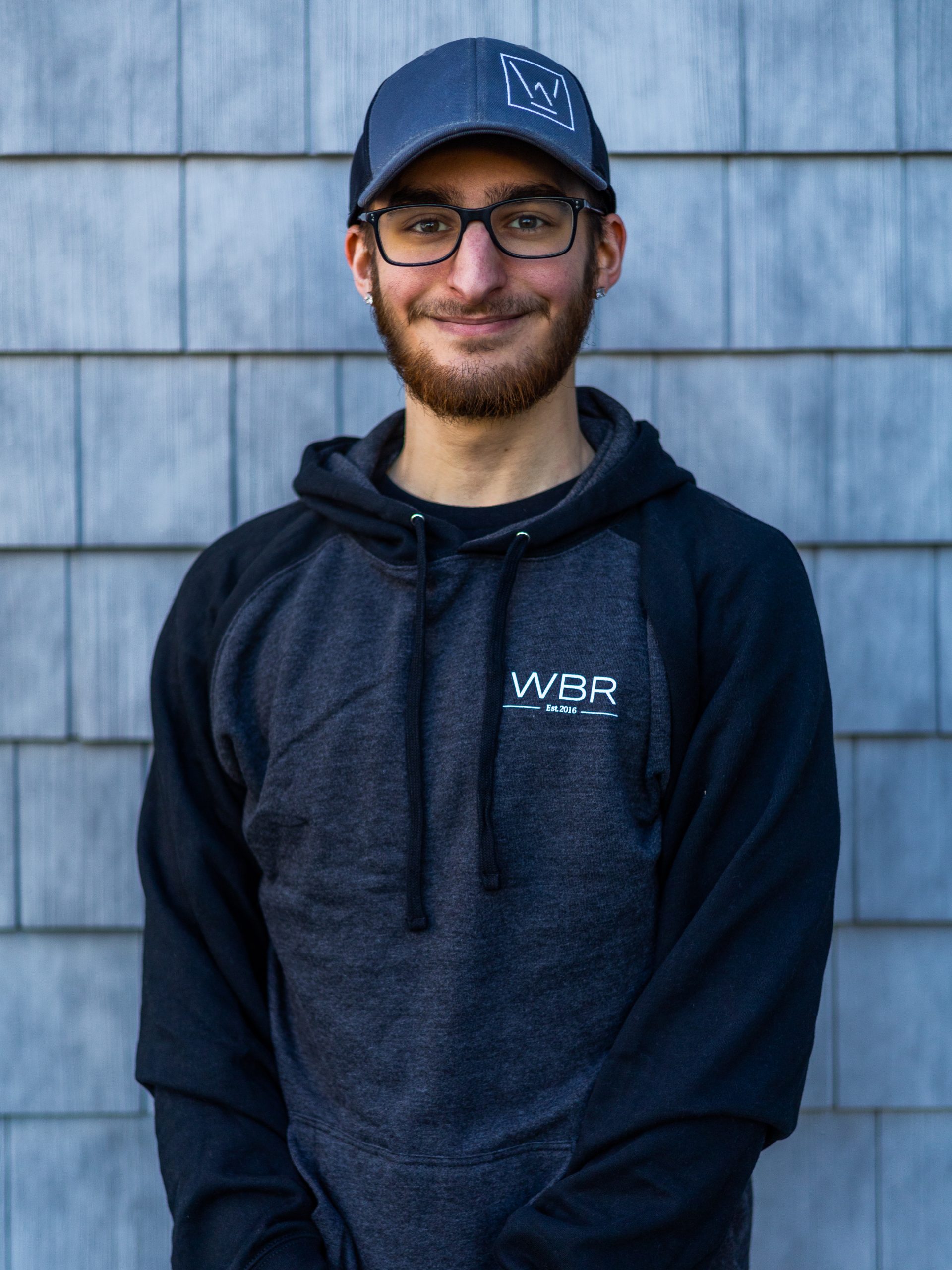 John grew up in Walworth NY but recently moved to Dresden after joining WBR’s construction team. He brings a lot of fun and positive energy to the job site each day and is always willing to do anything that is asked of him. He is using the skills he learns at work to improve his own house and has a desire to become proficient in all phases of construction. John likes to spend his evenings and weekends with his brother Tyler and his pitbull Rocky. 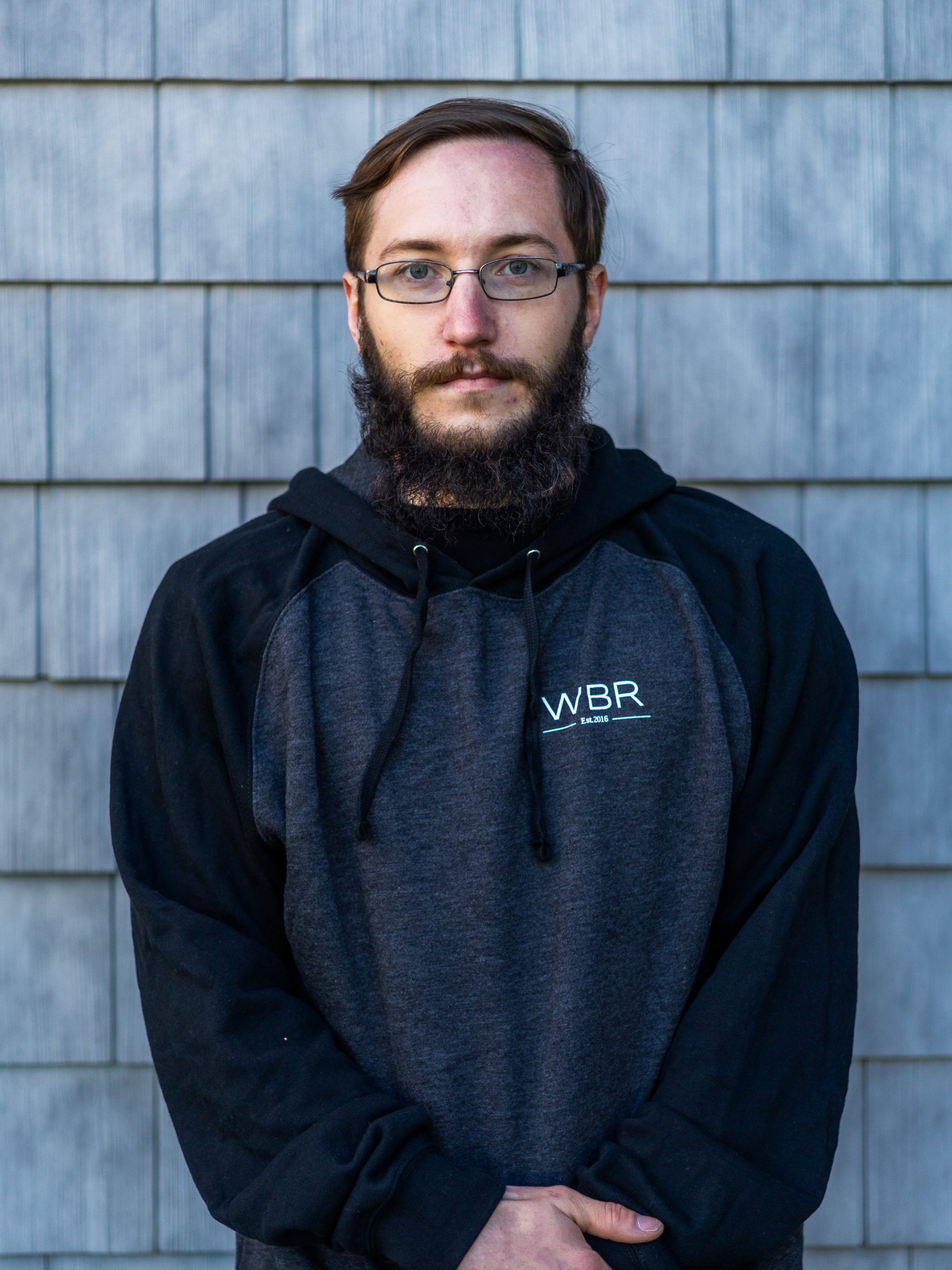 Tyler grew up in upstate NY and, after graduating high school, joined the Marine Corp where he worked overseas as an F-18 mechanic. After his military service, Tyler found he enjoyed construction and joined WBR with his brother John. Tyler brings a positive attitude to the job site every day and is a quick learner. Outside of work, he enjoys playing video games and cooking meals.

Apply to be part of our team here! 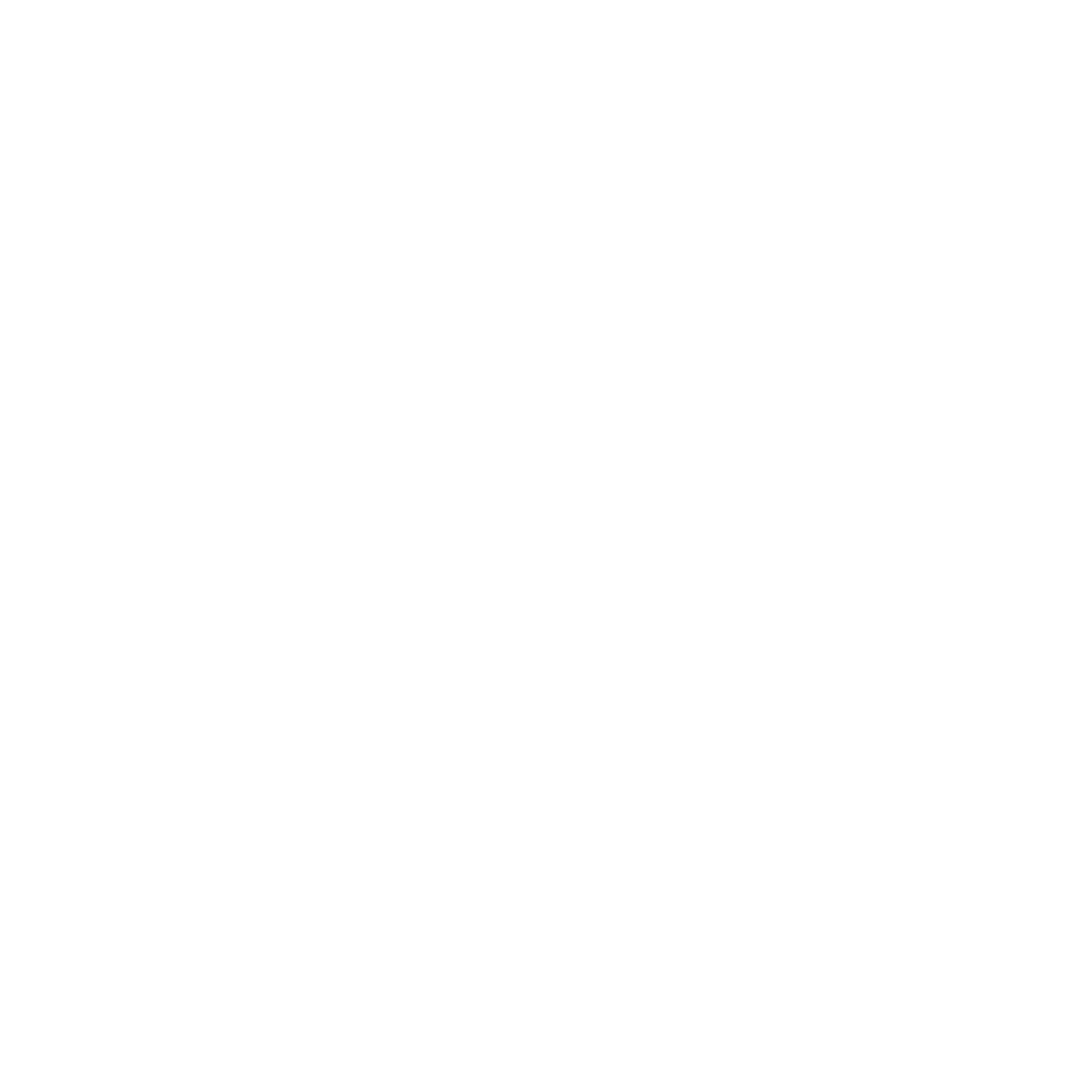